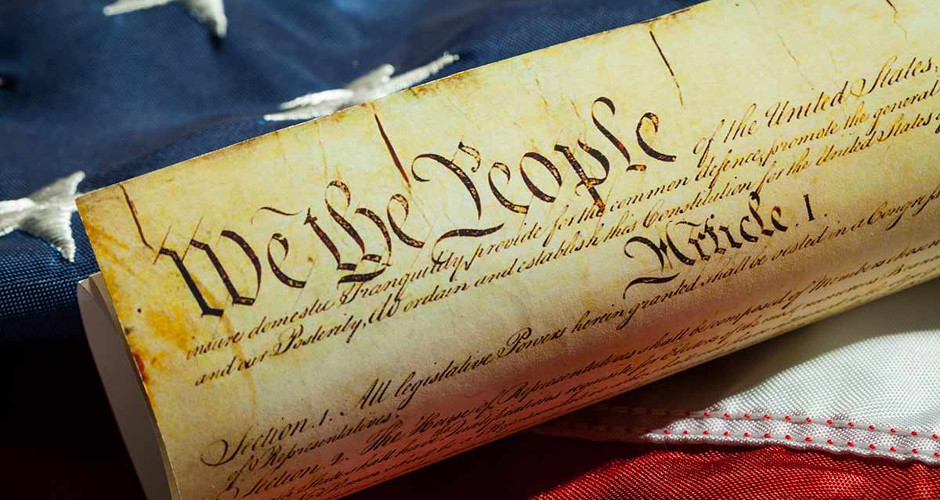 I have researched the idea of joining in the call for a Constitutional Convention of the States. The proposal is troubling and here are a few reasons why.

First, no matter how “bound” we might think our delegates are, the convention would undoubtedly deviate from its intended boundaries. The Convention will destroy important Constitutional provisions we’ve had since ratifying our Constitution was ratified in 1789. We might lose many of the limitations of Article I, Section 8 in the process. We might lose the 2nd Amendment. We only have one other convention to use as comparison. The 1787 Constitutional Convention showed us how a convention can and will deviate from its intended objectives. Sure, the 1787 convention gave us our wonderful Constitution, but I don’t see similar good fortune in the 21st century.

Second, just imagine the kind of “statesmen” Idaho would send to a convention—not to mention the delegates New York and California would send. Delegates would most likely be state leaders and/or political players (governors, legislators, U.S. Congressmen, etc.). If they really valued spending restraints, they could already be doing it in their current positions–but they’re not. They won’t magically change their stripes once they arrive at a Convention. I’m certain we will not be holding a convention of delegates who see restraints on government excess and preserving individual, inalienable rights as being more important than their opportunity to make Constitutional history.

I don’t think we have many statesmen around today in the likes of John Adams, James Madison, or Thomas Jefferson.

Third, yes, balancing the federal budget is a priority. However, even if the Convention went as expected, it would be a mixed bag to have the Balanced Budget Amendment. For example, Idaho’s Constitution already has a balanced budget requirement. It forces Idaho spending down in lean years; but I’ve also seen spending increase disproportionately in stronger revenue years. Legislators see higher revenues as an opportunity to crank up spending “while we can.” I’ve also seen the Idaho government increase taxes unnecessarily, citing balanced budget requirements. This is not the intention of the balanced budget provision. I suspect the federal government would do the same. Even worse, they would increase taxes beyond sustainable levels or simply crank up the money printing press to meet their insatiable spending habits. Also, any balanced budget amendment would certainly include an emergency clause “just in case.” The question then becomes, “When are we not in an emergency?” Emergency clauses always provide an escape hatch out of the constraints and the U.S. would be in constant state of “emergency.”

Fourth, Presidents, Congress, and the Judiciary have shown little respect for Constitutional restraints as it is. They limit gun rights, they re-define marriage, they make up rationales to promote abortion, they regulate nearly everything. They are well beyond the defined limitations of Article I, Section 8, which lists only 17 enumerated powers of the federal government. These officials disregard the 10th Amendment almost entirely as they control states with the people’s own tax dollars. They create programs tied to money like federal education dollars requiring Common Core or Medicaid money being tied to Obamacare. States rights are entirely ignored.

Overall, the risks of a constitutional convention outweigh the benefits. It is a dangerous gambit, and I think we would lose. We are in desperate need of fiscal restraint in Washington, DC, but what we really need are fiscally conservative statesmen making our budgeting decisions. We can already have that if we want. Elections matter. I vote for fiscal restraint, but many of my colleagues in conservative Idaho do not; and Washington, DC is even worse. We can do better. The people get the government they ask for, and a convention won’t suddenly create good government. The people need to hold their elected officials accountable to the Constitution already in place, otherwise, amending the Constitution is an exercise in futility. I oppose signing onto a Constitutional Convention call.